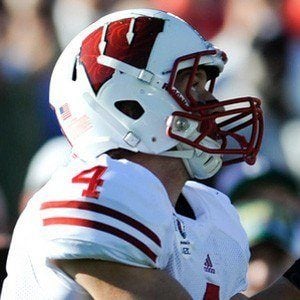 Former University of Wisconsin wide receiver who started his career as a walk-on and wound up earning First Team All-Big Ten honors in 2012 and 2013. He was selected 176th overall in the 2014 NFL Draft by the Green Bay Packers.

He was a multi-sport athlete at Wautoma High School, competing in football, track, and wrestling. He was named the 2009 Gatorade track athlete of the year.

He won the Burlsworth Trophy his senior season after being on the preseason watch lists for the Biletnikoff and Paul Hornung Awards.

He was born in Wautoma, Wisconsin.

He caught passes thrown by Russell Wilson during the 2011 season.

Jared Abbrederis Is A Member Of