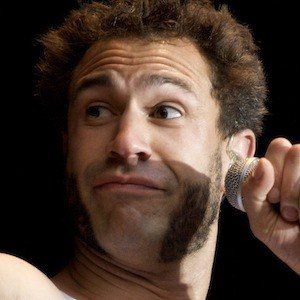 Also known as Evil Jared, he is best known as the bassist for eclectic, alternative rock and hip hop band Bloodhound Gang. He is also a soap opera actor, known for his parts in various German soap operas.

He met Jimmy Pop at Temple University and joined him in forming a band. They released their debut album Use Your Fingers in 1995. They released One Fierce Beer Coaster in 1996, Hooray for Boobies in 2000, and Hefty Fin in 2005. Four those four albums they won an Echo award and two Comet awards.

In 2006, he moved to Germany because he could not stand the politics of President George W. Bush. After his move to Germany, he was cast as himself on the German soap opera Verbotene Liebe in 2008.

He was born Jared Victor Hennegan in Philadelphia, was raised in Woxall, Pennsylvania, and moved to the Kreuzberg neighborhood of Berlin, Germany, in 2006. From 2006 to 2012, he was dating German actress Sina-Valeska Jung.

Jared Hasselhoff Is A Member Of