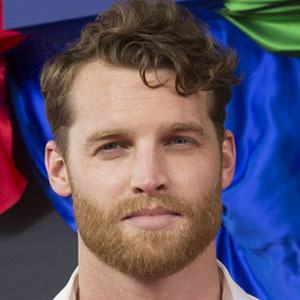 Canadian actor who is known for being the creator and leading star of the sitcom Letterkenny. He is known for both his film and television appearances and is recognized for having starred as Dr. Ted in Preggoland, Mr. Hunky in Nearlyweds, and Harkin in The Marine 3: Homefront.

His acting career started in 2004 when he made his debut as a hockey player on the series Life as We Know it. After appearing in several made for TV movies, his feature film debut came in 2007 when he played the character Jerry in the film White Noise: The Light.

He has won several awards for his acting performances including Best Performance by an Actor in a Continuing Leading Dramatic Role at the 2015 Canadian Screen Awards for his role in the series 19-2.

He was born and raised in Listowel, Ontario to a father who owned and ran the Keeso Sawmill company.

He starred alongside James Caan and Danny Trejo in the 2014 feature film Preggoland.

Jared Keeso Is A Member Of