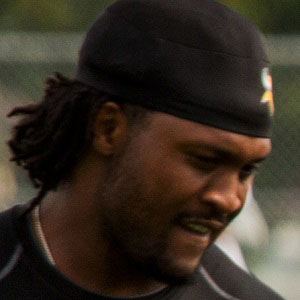 Wide receiver who made his NFL debut in 2012 for the Minnesota Vikings.

He played college football at the University of Arkansas, where he was an All-SEC first team selection in 2011.

In his first career game, on November 11, 2012, against the Detroit Lions, he caught a touchdown pass.

He was born and raised in Warren, Arkansas.

He was part of a Vikings draft class that included Matt Kalil.

Jarius Wright Is A Member Of