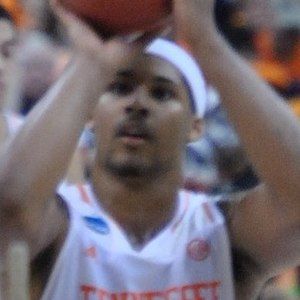 Power forward who began his professional basketball career with the Memphis Grizzlies in 2014. He was a First-Team All-SEC selection at the University of Tennessee earlier that year.

He was considered a top twenty prospect in the nation coming out of Southwind High School.

He won a gold medal representing the United States at the FIBA World Under-19 World Championship in 2013.

His brother, Isaiah Stokes, is also a basketball player.

He became teammates with star center Marc Gasol in Memphis in 2014.

Jarnell Stokes Is A Member Of