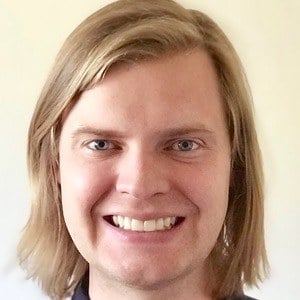 Illustrator and artist who is known for his digital design and character driven work. He has worked with several major companies including Apple, HarperCollins, and Skillshare and shares his works through Instagram for his over 70,000 followers.

He earned his BFA in Illustration from Brigham Young University in 2015.

He hosts an online class through the SkillShare website where he teaches digital illustration.

He met his wife Natalie in Provo, Utah.

Fellow Illustrators also known for having collaborated with Apple include Yuko Shimizu and Llew Mejia.

Jarom Vogel Is A Member Of