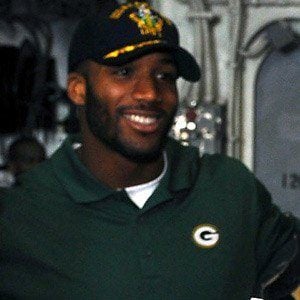 Veteran cornerback who played primarily as a backup for the Green Bay Packers after joining the team as a rookie in 2006.

He played both wide receiver and defensive back before being recruited by Utah State University.

He made a key interception which helped secure a Super Bowl XLV victory for the Packers.

He had to step up as a starter during Super Bowl XLV after an injury to Charles Woodson .

Jarrett Bush Is A Member Of