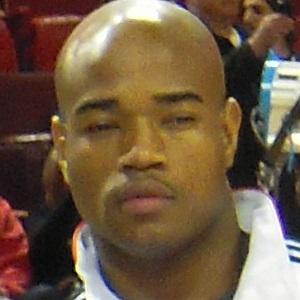 NBA point guard who began his career with the Portland Trail Blazers in 2005, then went on to play for a number of teams including the Indiana Pacers, New Orleans Hornets and Golden State Warriors.

He helped lead his Georgia Tech team to the NCAA Finals in 2004.

He was born to Carlton and Louise Jack.

Jarrett Jack Is A Member Of