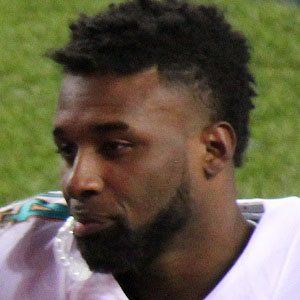 Jarvis is an American football wide receiver for the Cleveland Browns of the National Football League (NFL). He was selected 63rd overall in the 2014 NFL Draft by the Miami Dolphins. He played for LSU from 2011 to 2013, earning Second-Team All-SEC honors in 2013.

He starred at Lutcher High School, where he was a five-star recruit and Rivals.com's 4th highest-ranked wide receiver.

He was raised by his mother, Dietra Landry. His brother, Gerard Landry, also played college football. He has a daughter named Joy and a son named Jai from his relationship with Estrella Cerqueira.

His cousin, Glenn Dorsey, was also a standout player at LSU before playing in the NFL.

Jarvis Landry Is A Member Of