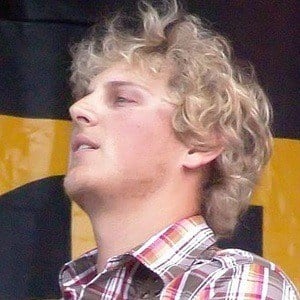 Canadian country star who has become known for his popular singles "Country Side," "Spotlight," and "Friends of Mine," amongst others. He also won a Canadian Country Music Award in 2012 for Single of the Year for his song "They Don't Make 'Em Like That Anymore."

He first became known in 2002 after winning the CMT talent search Project Discovery. He followed in 2003 with the single "That's What I Do."

In 2007, he made an appearance in the short film This is a Story About Ted and Alice.

He and his wife Amy have four children.

In 2014, he released the single "Friends of Mine," which featured a cast of popular artists: Gord Bamford, Chad Brownlee, Deric Ruttan, and Jason McCoy.

Jason Blaine Is A Member Of