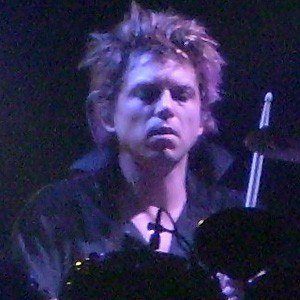 Musician who played drums with the new wave and goth rock band The Cure after drummer Boris Williams left the group. He has also worked on movie scores, including From Within.

He attended Drumtech, which is located in London, and he played for the band called My Life Story.

He appeared in two concert films for The Cure, Trilogy and Festival 2005.

He contributed to the score for the 2008 horror and thriller film, From Within, featuring Rumer Willis.

Jason Cooper Is A Member Of