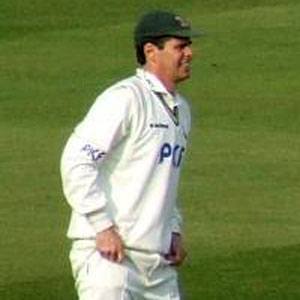 Test cricketer, most known for playing with the Essex team. He competed in three Test matches for the English national team.

He majored in Social Studies at Keble College in Oxford prior to starting his career.

Unfortunately, he became the first player to be dismissed twice for 199 in first-class cricket.

He once also played for Oxford University's Cricket team, which is the same university where actress Maggie Smith studied.

Jason Gallian Is A Member Of