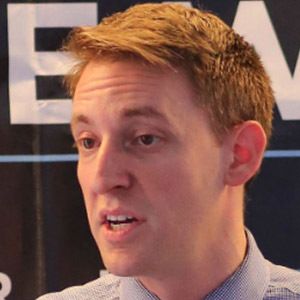 Democratic politician who served as the Secretary of State of Missouri and as a member of the Missouri House of Representatives. Additionally, he authored the memoir Outside the Wire: 10 Lessons I've Learned in Everyday Courage (2018) and hosted the podcast Majority 54 with Jason Kander.

He grew up in Shawnee, Kansas and graduated from Bishop Miege High School. He later earned a law degree from Georgetown University and enlisted in the Army National Guard.

He is the founder of Let America Vote, a movement created to help end voter suppression.

He married entrepreneur Diana Kander in 2003.

He ran against Sly James for Mayor of Kansas City, Missouri.

Jason Kander Is A Member Of