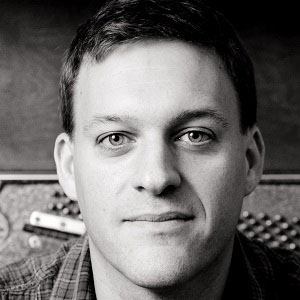 Grammy Award-winning musician, composer, and music producer. He was a founding member of a Nashville rock/pop band called The Silver Seas.

He studied at the Berklee College of Music in Boston, Massachusetts.

He collaborated with such musicians and bands as Erasure, Bill Frisell, and Guster.

He grew up in Nashville, Tennessee. His father, Kyle Lehning, had a prominent career as a music producer.

He worked as a sound engineer on albums by singer Alison Kraus.

Jason Lehning Is A Member Of