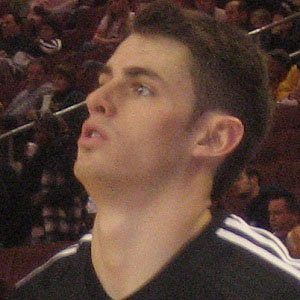 Basketball player best known as a member of NBA teams like the Philadelphia 76ers and New Orleans Hornets. He was drafted in the first round of the 2007 NBA Draft out of Colorado State University, where he was a two-time First-Team All-Mountain West Conference selection.

He ended his career at Colorado State with the second-most double-doubles in school history.