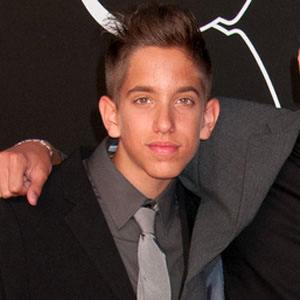 Danced as a member of the ICONic Boyz during the 6th season of MTV's reality competition series America's Best Dance Crew, finishing in second place. He then became a member of the boyband To Be One.

He met the other members of To Be One, Mikey Fusco and Madison Alamia, through dance classes at a Hip Hop studio.

With To Be One, he signed his first music deal with Troy Carter of Atom Factory Music.

He is from Monmouth County, New Jersey. He posted a photo on Twitter with his sister Sarah.

His band performed a cover of Pink's song "Raise Your Glass" on the America's Best Dance Crew season six finale.