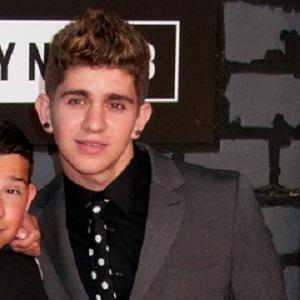 Member of the pop trio To Be One who was first introduced to the public as part of the youngest dance crew to ever appear on America's Best Dance Crew. He became a member of the IICONic Boyz dance crew.

He met the other members of To Be One, Mikey Fusco and Jason Smith, through dance classes at a Hip Hop studio.

With To Be One, he signed his first music deal with Troy Carter of Atom Factory Music.

He was born in Englishtown, New Jersey where he met Mikey and Jason. He has an older brother.

He cites Usher, Ne-Yo, Michael Jackson, and Justin Timberlake to be inspirations of his.

Madison Alamia Is A Member Of