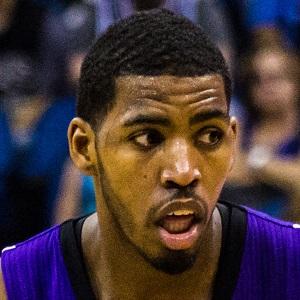 Power forward/center who debuted in the NBA for the Sacramento Kings in 2008.

He played college basketball at Rider from 2004 to 2008 and was named MAAC Player of the Year his senior year.

After being selected 12th overall in the 2008 NBA Draft by the Kings, he went on to average 11.1 points and 7.4 rebounds his rookie year with the team, starting in 56 games.

He was joined in the Kings' frontcourt by DeMarcus Cousins in 2010.

Jason Thompson Is A Member Of