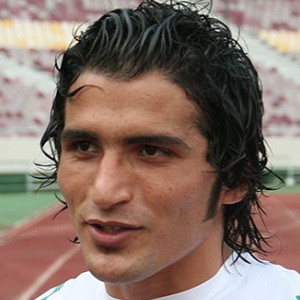 He started his youth career playing for the Bank Melli club in 1995. He later went on to play for the Saipa youth club before making his senior career debut with the squad in 1999. That same year he also debuted on the Iran under 20 national team, making it to their senior national team in 2001.

He has won several honors and awards for his playing including the Asian Games Gold MEdal in 2002 for his work with the Iran Under 23 national team as well as the UAE President Cup in 2009 with the Emirates club and in 2001 with the Al-Ahli club.

He was born and raised in Kashan, Iran and has a tattoo to commemorate his brother who passed away in 2004.

He was called up to the Iranian national team when Miroslav Blazevic was still their manager.

Javad Kazemian Is A Member Of