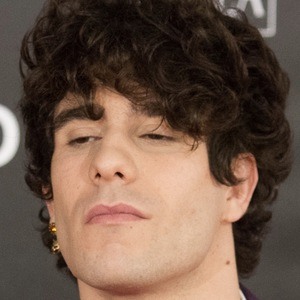 Actor best known for his breakout television role as Fernando Redondo in the series Física o Química. He received critical acclaim for his portrayal of the LGBT teen. He also went on to star in Are You App? and score guest appearances on Los misterios de Laura and To Love is Forever.

At age eleven he began performing in theater and in 2007 he made his film debut in Doctor Infierno.

He directed the musical La Llamada with his husband Javier Ambrossi.

He starred alongside Andrea Duro and Adrian Rodriguez in the Spanish series Física o Química.

Javier Calvo Is A Member Of