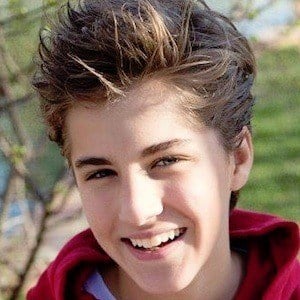 Television actor known for appearing in shows like MIR, The Boarding School, and El don de Alba. He has also had guest roles on shows like El Rey, Víctor Ros, and Countdown.

He earned one of his earliest acting roles on a 2006 episode of Hospital Central.

He made his silver screen debut in the 2008 film Asterix at the Olympic Games alongside Gerard Depardieu.

He has an older sister named Eva.

He acted alongside Martino Rivas on the Spanish-language series The Boarding School.

Javier Cidoncha Is A Member Of