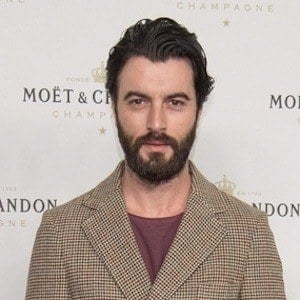 Actor who first entered the public eye through his role as Rafa on the series Valderrei in 2007. He has since starred on shows like Velvet as well as in films like 8 Dates (2008) and Kiki, Love to Love (2016).

He got his start as a theater actor in the early 2000s, appearing in productions like Ubú Rei.

His performance on the romance series Velvet earned him a Paramount Award nomination for Best Performance.

He has been in a long-term relationship with actress Iris Díaz.

He co-starred with Sheyla Farina on Vladerrei.

Javier Rey Is A Member Of