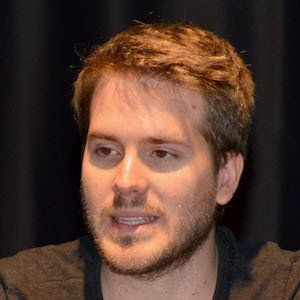 He wrote his first book, Los protectores de Imeth, at age 15, though it was never published. He graduated from journalism school in 2010.

He is the founder of the online youth literature magazine El Templo de Las Mil Puertas.

He has been known to posts photos of his cats, Ivy and Spoiler, on Instagram.

He was given the opportunity to meet one of his heroes, author Philip Pullman, in Oxford, England in 2017.

Javier Ruescas Is A Member Of