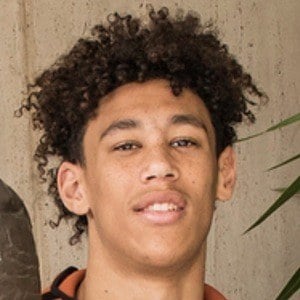 Power forward/center who earned a number of accolades for his 2018-19 season at the University of Texas including Second-team All-Big 12, Big 12 Freshman of the Year and Big 12 All-Defensive Team. He was selected eighth overall in the 2019 NBA Draft and would become a member of the New Orleans Pelicans.

He played college ball for Moeller High School. He grew from six feet as a freshman to 6'11 as a senior.

He set a University of Texas single-season record for field goal percentage after converting 72.8-percent (123-169) of his attempts. He surpassed Dexter Pittman's previous record of 65.4-percent.

His father Jonathan Hayes was a tight end in the National Football League. His mom Kristi played college ball at Drake University.

He was coached by Shaka Smart during his time at Texas.

Jaxson Hayes Is A Member Of