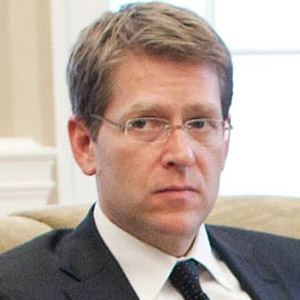 Known best for his role as White House Press Secretary during portions of the first and second terms of United States President Barack Obama, this Washington, D.C.-based journalist also worked for Time magazine and served as a communications director for Vice President Joe Biden.

After graduating from Yale University with degrees in Eastern European Studies and Russian, he began his journalistic career with The Miami Herald.

He succeeded Robert Gibbs as White House Press Secretary and was succeeded, in 2014, by Josh Earnest.

He was one of the few reporters allowed to accompany President George W. Bush on his solemn September 11, 2001 Air Force One flight.

Jay Carney Is A Member Of