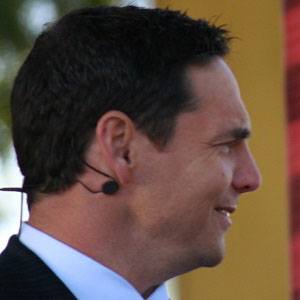 NFL placekicker for a number of teams including the Atlanta Falcons, the Miami Dolphins, the Kansas City Chiefs, and the Arizona Cardinals.

He won a national championship with the Temple Terrace Spirit soccer team as a teen.

He had one of his best kicking seasons in 2005 when he was named a Pro-Bowl alternate with the New York Giants.

He fathered four children, Alexandra, Jace, Abigail, and Olivia, with his wife Rebecca.

He became teammates with Larry Fitzgerald after signing with the Arizona Cardinals in 2010.

Jay Feely Is A Member Of