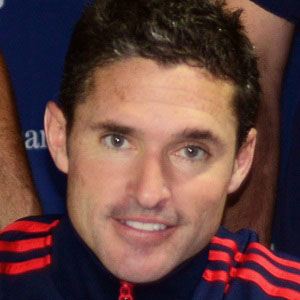 American soccer player who played for the Miami Fusion and New England Revolution during his eleven-year MLS career. With the Revolution, he won the Lamar Hunt U.S. Open Cup in 2007 and the North American SuperLiga title in 2008.

He played soccer and basketball at Duke University.

He became the manager of the New England Revolution in 2011.

He has children named John, Olivia and Jude.

He has coached goalkeeper Brad Knighton during his time as the manager of the Revolution.

Jay Heaps Is A Member Of