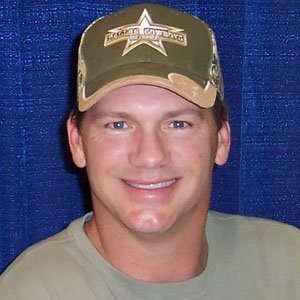 Former Pro Bowl tight end who played for the Dallas Cowboys from 1990 to 1996.

He was an All-American at the University of Wyoming.

He was a five-time All-Pro and a three-time Super Bowl winner.

He had the best years of his career catching passes from Troy Aikman .

Jay Novacek Is A Member Of