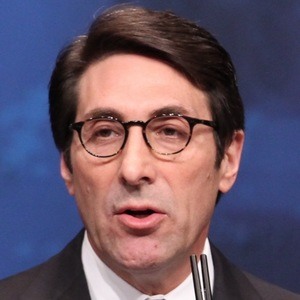 Lawyer who rose to widespread fame as the chief counsel of the American Center for Law & Justice. He later gained renown for serving on Donald Trump's legal team during the investigation into potential Russian collusion during the 2016 election.

He earned both his bachelor's and law degrees from Mercer University. He first worked for the IRS in Washington, DC as a trial tax attorney.

He has frequently appeared as a guest commentator on Fox News and the Christian Broadcasting Network. His book Unholy Alliance: The Agenda Iran, Russia, and Jihadists Share for Conquering the World was published in 2016.

He married his wife Pamela in 1978. He has two sons named Logan and Jordan.

He endorsed Mitt Romney's candidacy for president leading up to the 2008 presidential election.

Jay Sekulow Is A Member Of