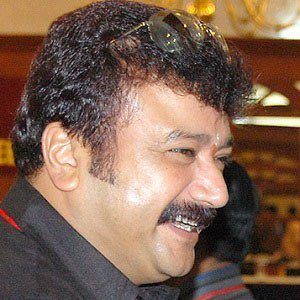 Known mononymously as Jayaram, he is an actor who primarily works in Malayalam films and sometimes Tamil films as well. He has won numerous awards dating back into the 1990s and all the way into 2014.

He joined a professional mimicry troupe after college and before making his film debut in the 1998 movie Aparan.

The government of India rewarded him with the Padma Shri for his contributions to cinema.

He was born in Perumbavoor, Kerala, India and has siblings named Venkit Ram and Manjula. He married actress Parvathy with whom he has a son named Kalidas Jayaram and daughter, Malavika.

He is an award-winning Indian actor like Shahrukh Khan.

Jayaram Subramaniam Is A Member Of