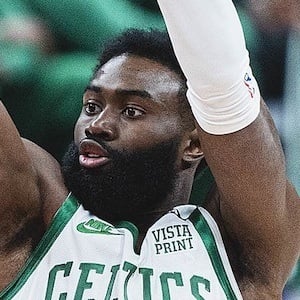 6'7" forward who played one year of college basketball at the UC Berkeley as a five star recruit by Rivals.com in the high school class of 2015. He was selected 3rd overall in the 2016 NBA Draft by the Boston Celtics.

He competed for the United States at the 2014 FIBA Americas U18 Championship, helping the team win gold.

He was born and raised in Marietta, Georgia.

He was recruited by Cuonzo Martin to play basketball at California.

Jaylen Brown Is A Member Of