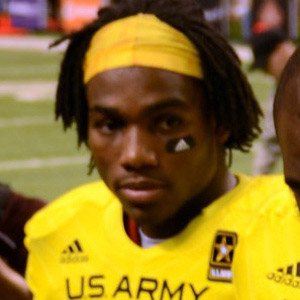 Outside linebacker who began his NCAA career with Notre Dame in 2013, following an illustrious high school career in which he was named Indiana Mr. Football and received the 2012 High School Butkus Award.

He played both running back and linebacker at Bishop Luers High School, and was listed as the best outside linebacker recruit in his class by both Scout.com and Rivals.com.

He started all 13 games in his freshman season with Notre Dame, recording 67 tackles, including 6.5 for loss, one forced fumble and one interception.

He was recruited to play at Notre Dame by head coach Brian Kelly.

Jaylon Smith Is A Member Of