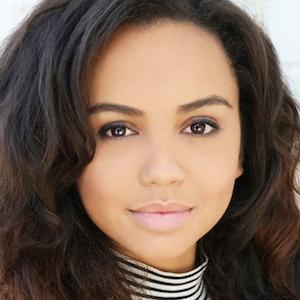 R&B recording artist, singer, dancer, and actress who has appeared in numerous national commercials and on television in several guest appearances. She was named the 2014 Rising Star by Abercrombie & Fitch.

She began her entertainment career at the age of three. She modeled professionally and started her acting career by appearing in background roles in movies.

She studied communications and media in college.

She was born in Portland, Oregon. She previously dated actor Dylan Minnette.

She played a small role in the 2010 TV movie Fred: The Movie, which starred Lucas Cruikshank.

Jazzlyn Marae Is A Member Of