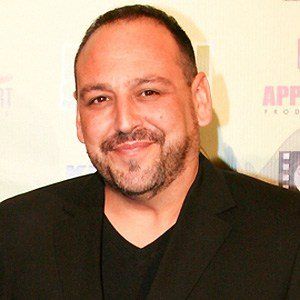 Actor who played the role of Luigi Vampa in 2002's The Count of Monte Cristo, and appeared on shows such as Breaking Bad and Prison Break. He has also done voice acting, playing Bane in Arkham Origins, Kerim Bey in From Russia with Love, and Alighiero in Dante's Inferno.

He made his film debut with an uncredited role in 1993's Shadowlands.

He was 16 when he joined the National Youth Theatre of Great Britain, and in 1987, he was the youngest person accepted to the Royal Academy of Dramatic Art that year.

He was born in Paris, France to an English mother and a French father. He has a daughter named Malia.

Gore Verbinski directed him in a small role in Pirates of the Caribbean: At World's End.

JB Blanc Is A Member Of