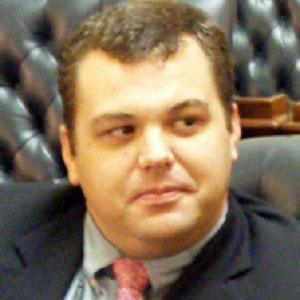 In the early 2000s, this Republican Party politician served in both the Maryland House of Delegates and the Maryland Senate.

After earning an associate's degree from Essex Community College, he obtained a bachelor's degree in business from the University of Baltimore and subsequently began a career as a cattle farmer.

From 2003 to 2006, he served on Maryland's Environmental Matters Committee. During this period, he cast a vote against the proposed Healthy Air Act of 2006.

He was born and raised in Baltimore, Maryland. His marriage to Michelle Slusher Jennings began in 2004.

He and fellow Republican politician Kelly Schulz both served in the Maryland House of Delegates.

JB Jennings Is A Member Of