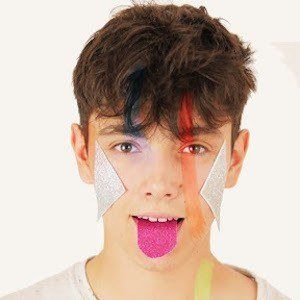 Famous for his Minecraft, Heavy Rain, Beyond: Two Souls, Outlast, FIFA, Grand Theft Auto, and The Sims gaming videos, as well as for his occasional Disney song covers, this popular YouTuber accumulated over 1.7 million subscribers.

He uploaded his first YouTube video, "Polska Walczaca" (Polish Fighting), in December of 2011.

He was born and raised in Poland. He has a brother named Tom. On January 14, 2020, he and Sylwia Przybysz welcomed a daughter named Pola. In November 2020, they revealed that they're expecting their second child together.

He was born in the same year as fellow YouTube gamer Deji Olatunji.

JDabrowsky Is A Member Of