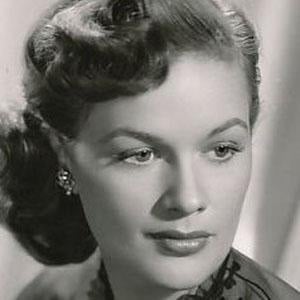 Actress who became famous for her Academy Award nominated role in the 1952 classic film Singing in the Rain.

She made her starring debut in the 1950 film The Asphalt Jungle, which co-starred Sterling Hayden.

Her final role was as the character Dede Marshall in the 1964 film Dead Ringer.

She had two children with Tom Seidel. The two had a shaky marriage which led to a divorce in 1965.

Her first on-camera experience was in the 1949 film Adam's Rib, one of the nine films that starred Spencer Tracy and Katharine Hepburn.

Jean Hagen Is A Member Of