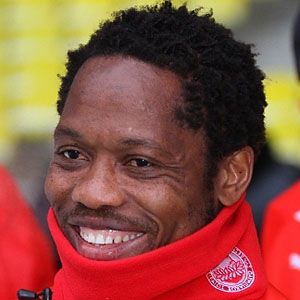 Defensive midfielder who joined Stade Rennais in 2013 and became a member of the Cameroonian national team in 2003.

He spent his youth career with Cotonsport Garoua, Jeunesse Star and Tonnerre Yaounde.

He debuted professionally for Lille in 2001 and went on to appear in 165 matches for the club across seven years.

He and Eric Djemba-Djemba became teammates on the Cameroonian national team.

Jean Makoun Is A Member Of