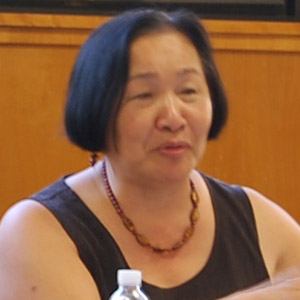 Best known as the first woman to hold the office of Mayor of Oakland, California, this Democratic Party politician had previously served as both a District 4 representative for the Oakland City Council and as a member of the Oakland School Board.

She studied at the University of California-Berkeley. After taking office as Mayor of Oakland in 2010, she successfully addressed the city's violent crime problem.

During her tenure as Mayor of Oakland, she was criticized for directing police to use tear gas on a crowd of Occupy Movement protestors.

She and fellow Democrat Ron Dellums both served as Mayor of Oakland.

Jean Quan Is A Member Of