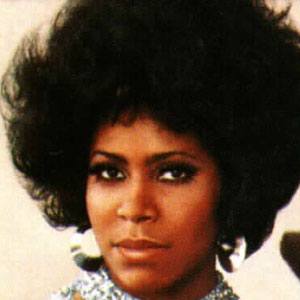 Best known as The Supremes' 1970 replacement for Diana Ross, this R&B singer performed with the popular vocal group for three years and then briefly pursued a solo career. During the late 1980s and early 1990s, she was part of a music group called F.L.O.S. (The Former Ladies of the Supremes).

While performing at a Miami, Florida club in 1968, she was discovered by Berry Gordy, who signed her to the Motown Records label and subsequently made her a member of The Supremes.

Born in Belzoni, Mississippi, she later settled in Chicago, Illinois. Her brother, Ernie Terrell, was a champion heavyweight boxer who once faced the legendary Muhammad Ali.

She and fellow Supremes vocalist Cindy Birdsong were both members of F.L.O.S.

Jean Terrell Is A Member Of