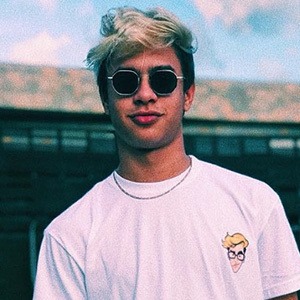 Music producer who is known for his work in the field of EDM. He is also a trap singer and is best known for his hit singles "Rakitypaun" and "Bandida".

He first started delving into music at the age of 14. He then went on to release his first single "Perfect Relationship" in 2012 and followed it with another hit "Jealousy" the same year.

He is known for having performed at the Caracas Trap Festival in 2017 where he performed alongside Big Soto.

He listed Apache as a source of inspiration in his pursuit of a trap music career.

Jeeiph Is A Member Of