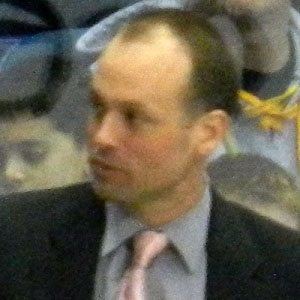 He played goaltender for the USHL's Des Moines Buccaneers from 1991 to 1994, then went on to play four years of college hockey with Ferris State University. He was Ferris State's Rookie of the Year in 1994 and in 1997, he was a CCHA All-Academic team selection.

He coached the Western Michigan hockey team during the 2010-11 season, then spent the 2011-12 season as an assistant to Mike Babcock on the Red Wings.

He married Erica Blashill and he has three children named Teddy, Josie and Owen. His brother Tim also played college hockey and became a coach on both the high school and college level.

He began coaching star winger Henrik Zetterberg on the Red Wings in 2015.

Jeff Blashill Is A Member Of