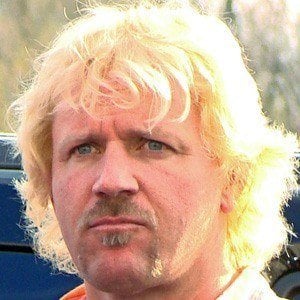 Professional wrestler with WWE, WCW and TNA. He founded Total Nonstop Action Wrestling in 2002 with his father Jerry.

He worked for his father's Continental Wrestling Association as a teen.

He is a four-time WCW Heavyweight Champion.

He was long-time friends with late wrestler Owen Hart.

Jeff Jarrett Is A Member Of