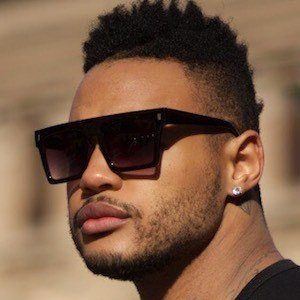 Fitness buff and social media savant who has gained more than 550,000 followers on Instagram as a personal trainer and diet coach to the stars. His repertoire of friends and clients includes model Stephen James and bodybuilder Simeon Panda.

Before launching his career as a trainer and fitness expert, he was a free agent in the NFL.

He owns both Logan Performance fitness plans and Become Nutrition. He was filmed for an episode of MTV True Life and has appeared in multiple TV shows.

He has lived in New York City.

He is friends with renowned rapper Kevin Gates.

Jeff Logan Is A Member Of