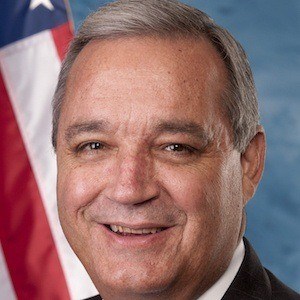 He became a real estate broker and a deputy sherif he after receiving a Bachelor of Arts in Journalism from the University of Florida in 1984.

He has two children and two grandchildren with his wife Viccki.

He succeeded Joe Scarborough as the Representative from Florida's first congressional district.

Jeff Miller Is A Member Of