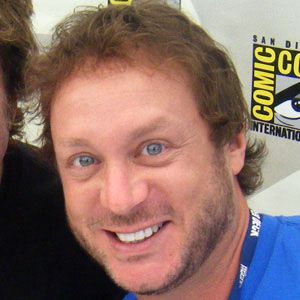 Voice actor and anime writer and director known for his work on the Digimon films. He also voiced roles in such anime productions as Zatch Bell! and Fushigi Yuugi.

Early in his career, he served as the voice director of an animated television series called Naruto.

In the span of four years, he received three Emmy Award nominations.

He grew up in New York City. His second cousin, actor Leonard Nimoy, became known for his work in the original Star Trek series.

He and fellow voice actor Quinton Flynn co-starred in a web series called Adventures in Anime.

Jeff Nimoy Is A Member Of