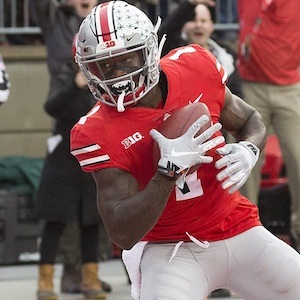 Cornerback who was named a unanimous All-American during his junior year at Ohio State University in 2019. He was selected third overall in the 2020 NFL Draft by the Detroit Lions.

He was born in Parsippany, New Jersey.

He and offensive tackle Taylor Decker were teammates at Ohio State and they were reunited in the NFL with the Lions.

Jeff Okudah Is A Member Of