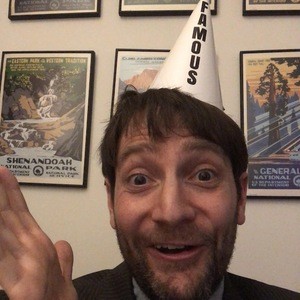 Writer and web personality widely known for hosting series like Bleep-Bloop and Nerd Alert on CollegeHumour. He is also well recognized for his work as a video producer for BuzzFeed and as the host of the interview podcast The Jeff Rubin Jeff Rubin Show.

He began writing and editing for CollegeHumour in 2008 and stayed with the company for five years before transitioning to BuzzFeed.

He has appeared on several popular networks like G4, VH1, and MTV.

Though originally a native of New Jersey, he has lived in New York City.

He has interviewed numerous celebrities on his self-titled podcast, from Charlie Todd to Amir Blumenfeld.

Jeff Rubin Is A Member Of