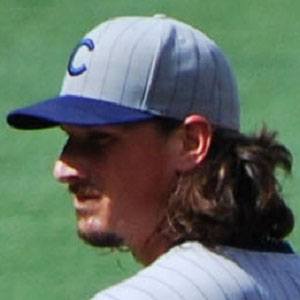 Right-handed pitcher known for his fastball and splitter who was a member of the Chicago Cubs from 2008 to 2014. He briefly played for the Oakland Athletics before a trade sent him to the Chicago White Sox ahead of the 2015 season. In 2016. he joined the San Francisco Giants.

He played baseball, basketball, and volleyball at Valparaiso High School in Indiana. He was also an All-American wide receiver at Notre Dame.

After being used primarily as a reliever, the Cubs made him a full-time starter in 2012.

His parents are named Sam and Debora. His grandparents emigrated from Serbia.

The feisty Carlos Zambrano was his teammate on the Cubs.

Jeff Samardzija Is A Member Of