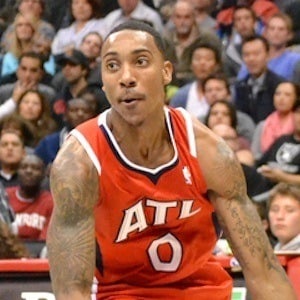 NBA point guard who began his career with the Atlanta Hawks in 2009 and was named to his first NBA All-Star game in 2015. He played for the Indiana Pacers in 2016-17, then signed with the Minnesota Timberwolves.

He played two seasons at Wake Forest before declaring early for the NBA.

His father played basketball at Missouri and Boston University, where he was coached by Rick Pitino.

He was born to Shawn and Carol Teague and has four siblings, including younger brother Marquis, who was drafted by the Chicago Bulls in 2012.

Jeff Teague Is A Member Of